Hey Google, Hey Siri, Hey Alexa, are just a few of the common phrases of popular voice search assistants that drive online searches. Voice search assistant services  is a technology that allows users to search the internet by simply using their voice. The idea of voice search assistant services surprisingly,  emerged in 1952 by a company named Bell Laboratories. The technology, which went by the name Audrey,  could recognize numeric  digits being spoken by a single voice. As you can imagine, this  was a major accomplishment in the industry “back in the day”. A decade later, IBM created a machine named  “Shoebox”. Shoebox could understand 16 words in the English language. In the 1970s speech recognition skyrocketed and there were many contributions that led to the first speech recognition research program, DARPA SUR. In the following years, a doll named Julie was  created by Texas Instruments. Julie was released into the marketplace and  responded to children’s speech, as well as a popular dictation software product of the day, Dragon Dictate. Dragon Dictate was the first speech recognition software package released for consumer use. In this blog post we will discuss voice search assistant services, and how to prepare you for the future that is to come of them. 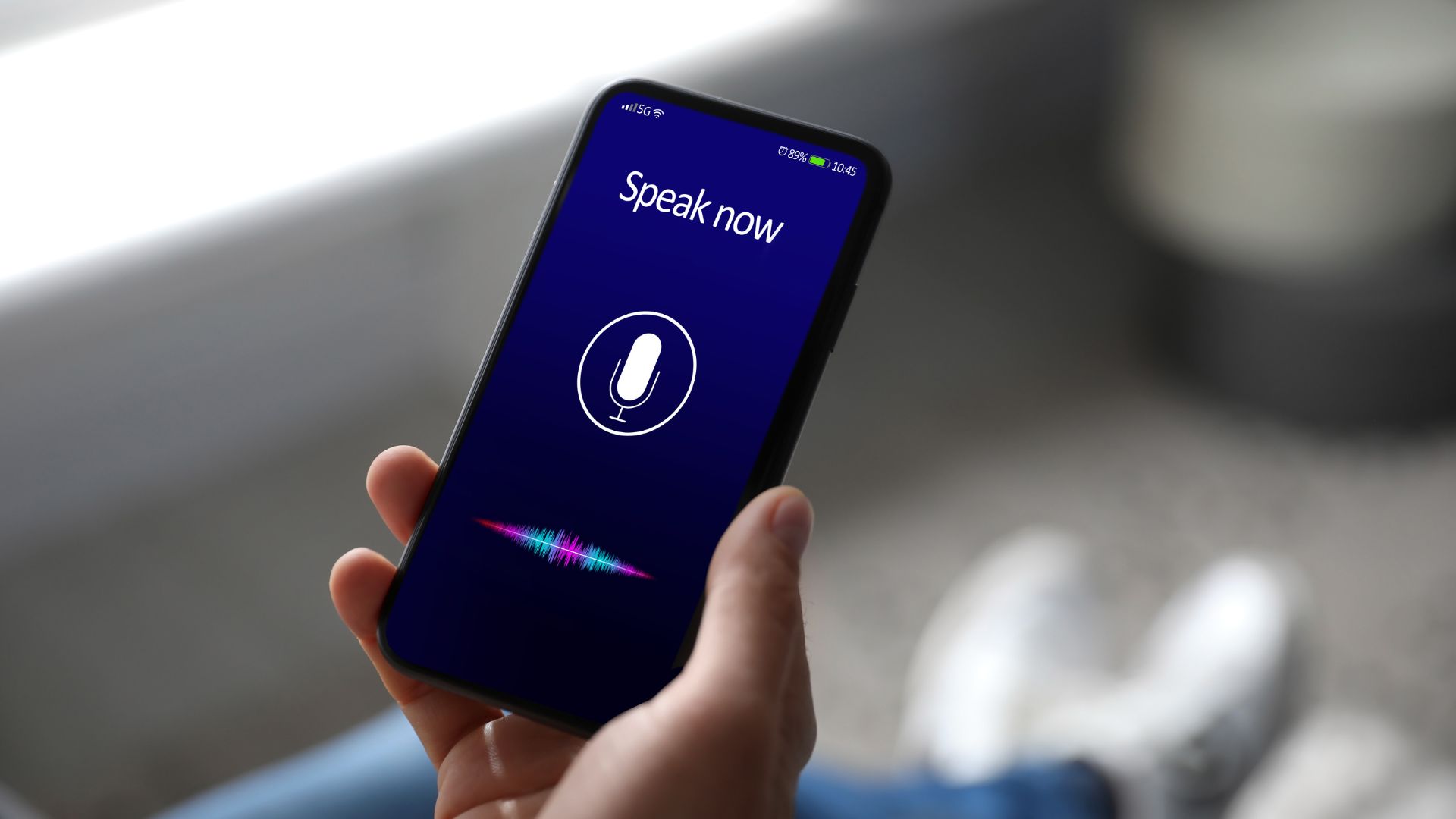 Once smartphones emerged in popularity in the 2010’s, voice search became available on smartphones. Now with these popular search assistants existing in 2022, according to vux.com, “20% of mobile searches are voice searches, according to Google. That’s approximately 427 million voice searches made on mobile networks  every single day.” Voice search, has transformed the query process, also known as asking a computer a question, to allow for quicker responses to questions by eliminating the laborious process of typing a question. Sorry for the fatherly sarcasm  from the soapbox.

Voice search  works through the automatic search recognition system. That is ASR for those who like to shorten words. Again, sorry for the pontification. ASR transforms voice signals into text.  Search engines use that text as a standard query and provide search results, verbally or onscreen. It is a very helpful  tool and has many steps to ensure efficient results.

When a voice search is conducted, a voice search assistant will always carry out several tasks. The assistant will first filter the sounds to keep the speech request distinct from background noises. Then it will transform the spoken search request by turning it into digital information that is searchable online. Then it will analyze the voice by manipulating the digital data, connect to other data sources, such as Google Search, to find and display relevant information related to the query. It will transform the data to satisfy the searcher’s perceived needs, and lastly identify trends and compare the query to the samples already present in the database which have been put there as a result of other search requests. Let’s Optimize Your Site for Voice Search. 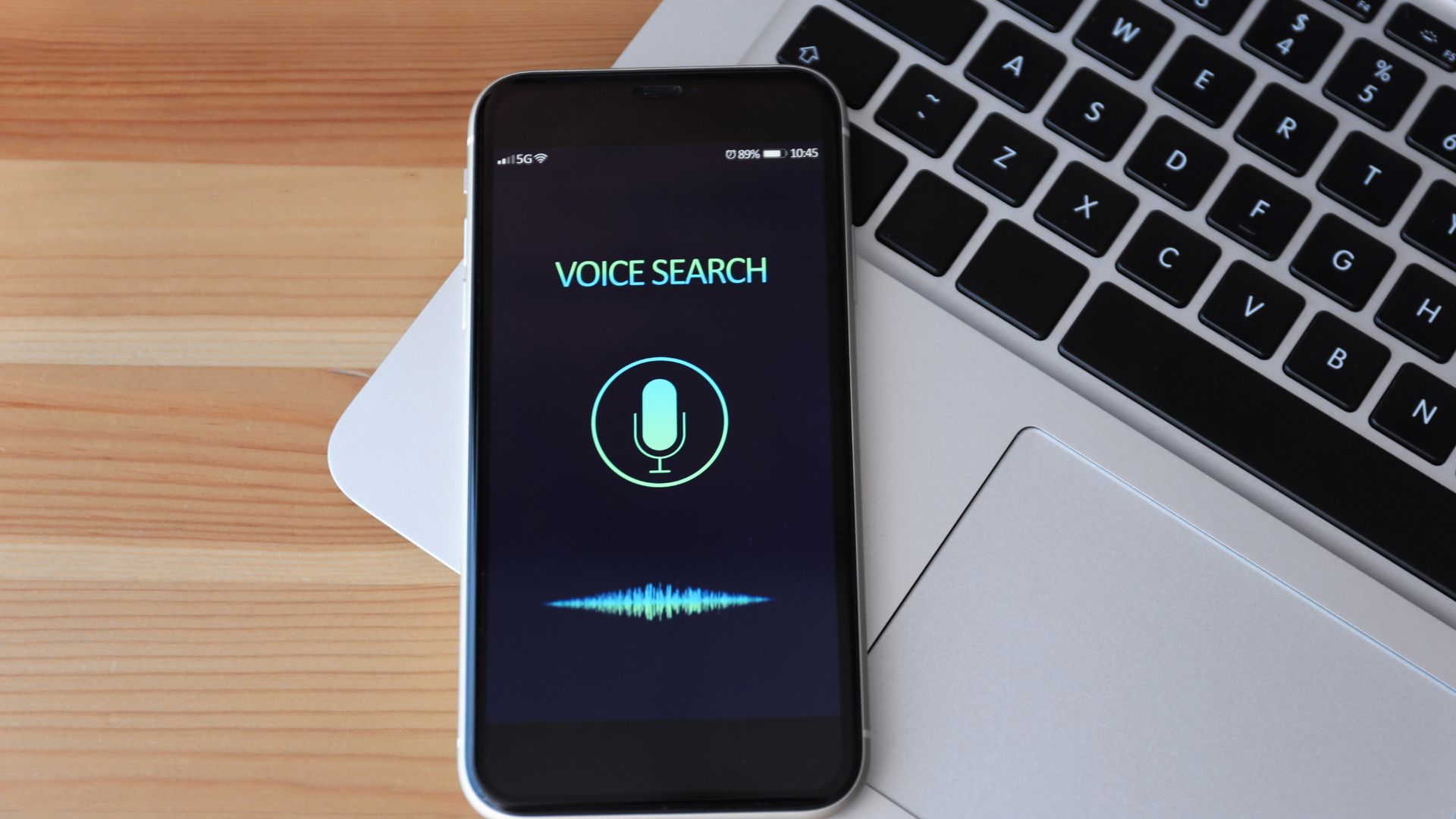 Siri escorted us to the voice assistant Modern Era. This was  the point at which voice interaction and cell phones converged. The voice assistants named Google Now and Microsoft’s Cortana swiftly followed Siri as it was the first to gain widespread popularity. Then, in 2014, Amazon unveiled the Echo smart speaker and Alexa voice assistant was born. Insert your own evil laugh here. As you can see, the number of milestones considerably rises following the debut of Alexa, kicking off the so-called Smart Speaker revolution and the creation of Voicebot.ai. There are a few differences between the ways that various businesses expanded their voice assistants. Alexa and Google Home are smart speakers, whereas Siri and Cortana are integrated into various operating systems.

The successful technology definitely has its advantages due to the fact that talking is much faster than typing. The software has significantly improved over time. A Stanford University study found that using speech-based dictation on a mobile device has made creating text substantially faster, and more accurate than using the keyboard. Voice user interface is continually being improved due to it becoming more and more popular. Companies now use more sophisticated voice recognition software, which simulates human communication while interacting with robots. Additionally, deep machine learning enables voice user interface, or VUI, which allows people to interact with devices allowing speech recognition to work. It allows software to comprehend more intricate and varied word answers. It also boosts productivity with the feature of setting reminders and providing task management duties. This is far beyond that funny paper clip character in the Office products of the 90’s. 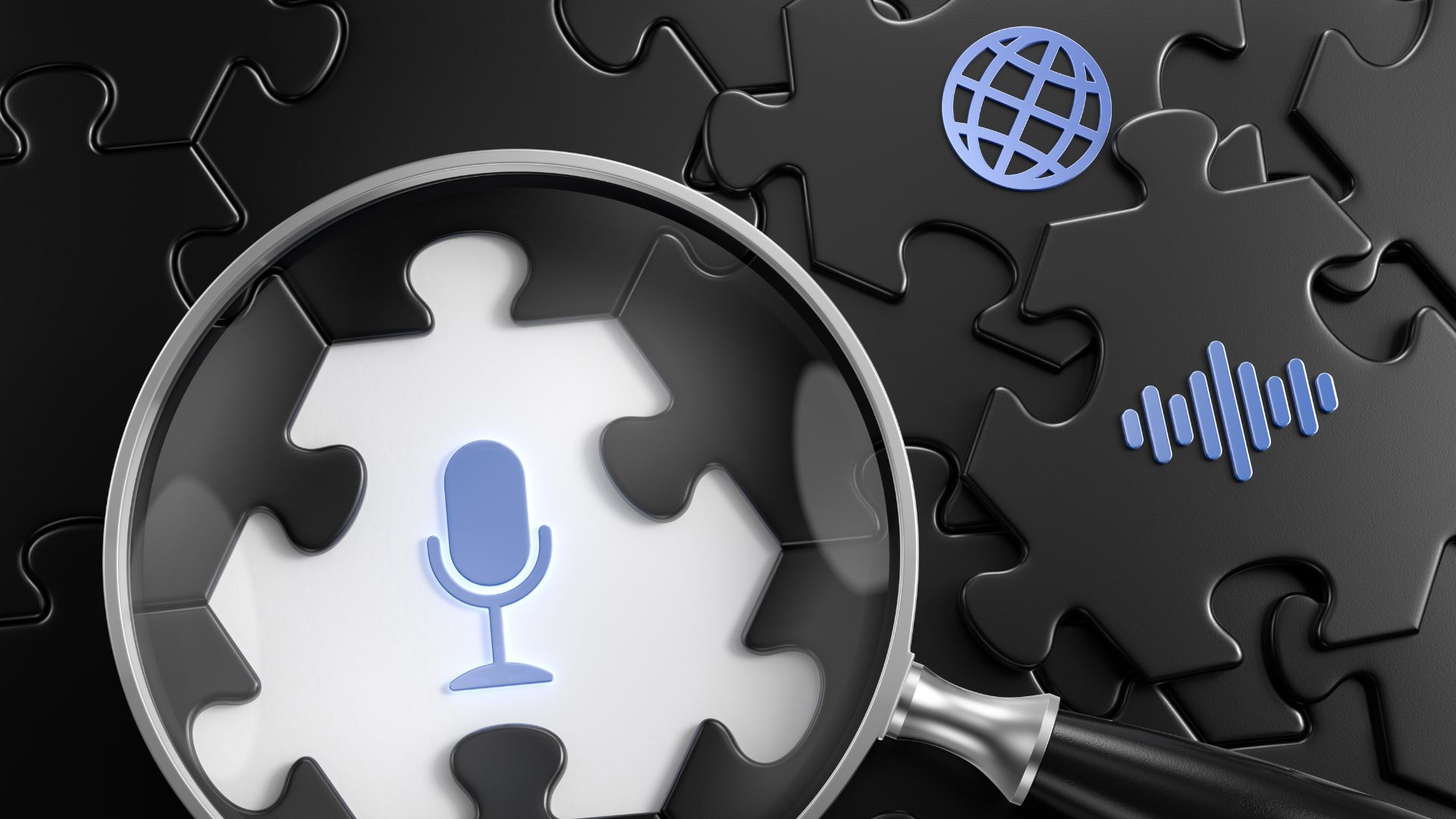 With the benefits of voice search assistants, there also come the negatives. Now I can get back on my soapbox!   Across all operating systems, it does not always function properly. Results may be impacted by background noise, accents, and multiple speakers. Additionally, standard speech recognition software might not be integrated with other crucial services. Existing natural language processing softwares unlike automatic speech recognition softwares are able to understand natural speech, a variety of accents and languages.. The majority of voice recognition software also has accuracy problems. Only 80%–85% speech-to-text conversions using current tools are truly accurate. Most significantly, voice search assistants implement privacy related concerns. If a company device has this ability, the manufacturer can track the produced data. In the past, many have worried that manufacturers would be able to listen in on private talks. Companies were motivated to concentrate on providing customers with greater privacy options as a result of the consumers’ concerns and questions.

But Wait, just like Disney movies, there is a happy ending. There is hope.

As for the future of automated search recognition systems, according to thegradient.pub, we will see “fully developed multilingual models being deployed in production environments, enabling developers to build applications that can understand anybody in any language, truly unlocking the power of speech recognition to the world at large.” Smart speakers will continue to evolve over the future years and it is anticipated that it will no longer be necessary to have voice assistants be limited by discrete, compact devices. Voice assistants will be integrated into the places we live in instead.  According to phonexia.com, it is predicted by 2024, the number of digital voice assistants will reach 8.4 billion units, thus meaning there would actually be more voice assistants in the world than humans. 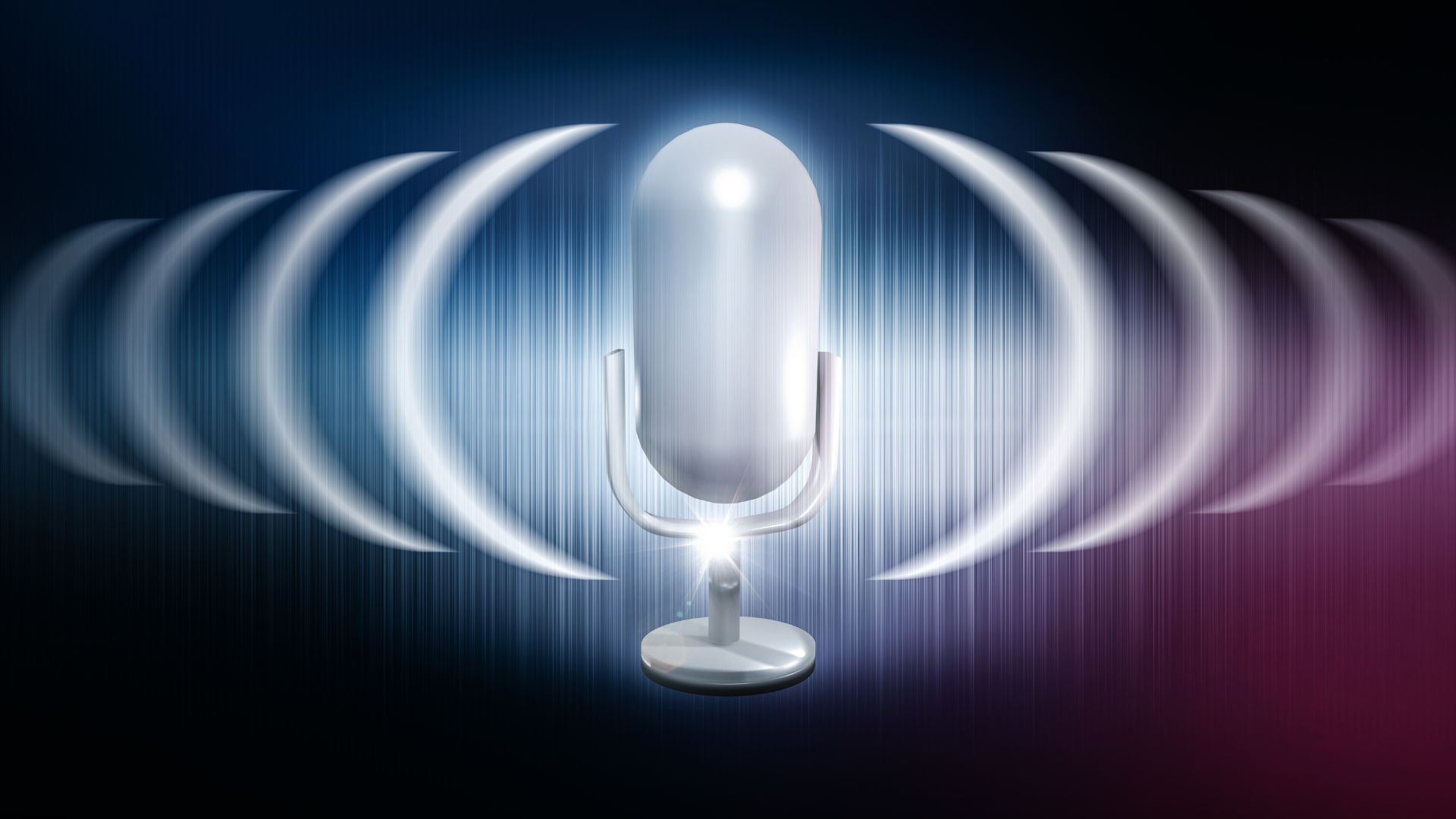 If you would like more information about this topic or have questions about any of our services, please be sure to contact us. We would love to help.

Field 1 Post is a video and digital marketing agency focused on promoting small businesses online as experts in their field. We use a suite of high-quality, time-saving, convenient software tools to support our clients. We pride ourselves on quality, result-driven work in areas like video production, social media marketing, web design, and website development.